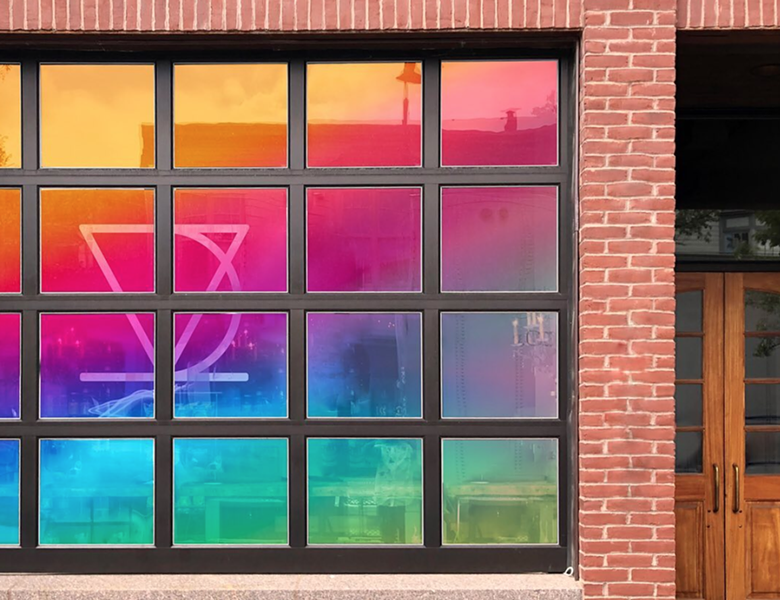 New Moon Café is moving into its next phase, and the café at 150 Cherry Street in Burlington will be buzzing as the new home of Vivid Coffee next month.

Vivid will take over the airy, street-level space that has housed New Moon for the past 13 years, opening its own café and moving its roasting operations from Scout & Co. in Winooski.

New Moon will shift its focus to catering, working out of a kitchen upstairs from the café to offer its breakfast and lunch classics as well as weekly homestyle dinners. The business will also expand the work it has been doing during the pandemic to feed community members in need.

"The way the whole thing came about was really organic," New Moon owner Matt Beer told Seven Days over the phone on Thursday.

"I was talking with Ian [Bailey, owner of Vivid Coffee] sometime late in the spring, just kind of sharing with him about how we were navigating the pandemic — just like every other small business owner in the world right now," Beer continued.

"I told him we were kind of hitting our sweet spot in terms of making meals for the community — that's always been a really big part of our mission," he went on. "And I said it would be a dream if we could find someone that would come and run the café who shared similar values about caring for the community and doing good stuff."

The two businesses have been partners for several years, with New Moon serving beans from Winooski-based Vivid as its coffee of choice since shortly after Bailey started the roasting company in 2015.

"It was a pretty natural progression, because we've known each other for so many years," Beer said. "I love all the stuff Ian's doing in the community, and I just love who he is. I love his business and his product."


New Moon will continue its partnership with ANEW Place to provide daily meals to the nonprofit's residential program on North Street and to its low-barrier shelter. That's in addition to donating meals through Spectrum Youth & Family Services, BTV CopWatch, the Everyone Eats program and other community organizations.

Feeding those in need is nothing new for New Moon; the business has been offering "under the radar" monthly banquets for the homeless for a decade, Beer said, serving between 100 and 150 people on the third Saturday of every month, pre-pandemic.

Long term, New Moon will also work with ANEW Place to establish a job skills training program; the partnership will bring people who are underemployed or struggling with homelessness into the kitchen to train them with marketable skills and help place them in foodservice jobs around Burlington.

The space just off of Church Street will allow Vivid to increase its wholesale roasting capacity, in addition to dedicating space to offer education and training for its wholesale partners and running its own consumer-facing café.

Bailey told Seven Days there will be some overlap with the roaster's current production home on the Winooski circle as they wait for a new, larger coffee roaster to arrive for the Burlington space.

In the meantime, Vivid will start serving coffee in November, along with grab-n-go favorites from New Moon, such as the vegan club, salads, grain bowls and pastries.

Other New Moon items will be available for delivery and pickup through their catering service; smaller individual orders can be placed through Grubhub and DoorDash.

Vivid will also do some light food preparation of its own, including smoothies, yogurt and granola, chia seed pudding and what Bailey called "a really, really good breakfast sandwich."

"The coffee will still be Vivid, obviously," Bailey said. "But the program will emphasize more of the small farms and farming communities that we're sourcing from. We're going to be able to share those stories and those coffees a bit more intimately."

The recently renovated space won't see many significant changes aesthetically, Bailey said, other than switching out the large salad bar for a maple countertop. Eventually — pandemic pending — Vivid plans to have seating at the bar for pour-over and single-origin espresso service.

"The space is so big and it allows a lot of flexibility to create different experiences," he said.

Natural wine will be part of those eventual experiences, too. Bailey's been thinking about opening a wine business as his next move for a couple years, he explained, and will start with a selection of retail bottles to-go.

"I want to create a space where learning about wine isn't intimidating," Bailey explained. "We'll remove some of the barriers to getting into wine through the language that's used and the wines that are available — and, you know, just having dope stuff."

Education is a big part of Vivid's approach — with the fledgling wine program, but also with coffee. Bailey looks forward to having the time and space to share the stories of the connections he's built over the past five years as a roaster — all in an approachable way.

"Just because something is sourced excellently doesn't mean that you're allowed to be a jerk about it," Bailey said. "I don't see excellence and kindness as being exclusive from one another. For me, coffee and wine have always been about joy, and the joy it brings to share with friends and with the community."
Prev
Next