Vermont Maple Business on Market Due to Canadian Border Closure 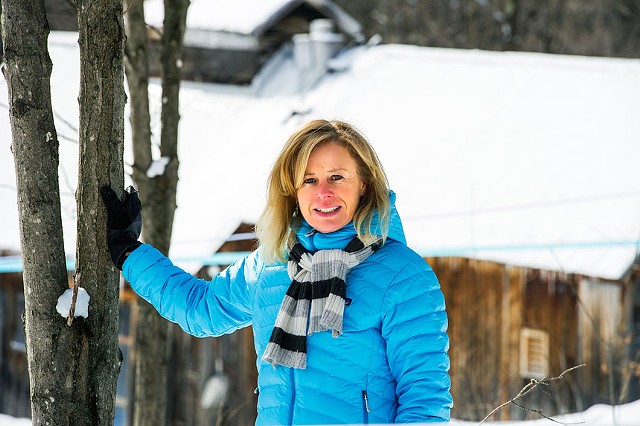 With the recent extension of the border closing between the U.S. and Canada until August 21, entrepreneur Dori Ross has decided to put her Vermont-based specialty maple products company up for sale.

Ross founded Tonewood Maple in the Mad River Valley in 2012 during the 25 years the Canadian native lived in the U.S. In 2017, Ross, her husband and their three children decided to move from Vermont back to Canada.


Until early March 2020, she continued to make twice-monthly trips from her Montréal home back to Vermont to fill orders for her award-winning specialty maple products.

In a barn behind the Warren Store, Ross mixed her maple sugar-based seasoning blend and packed and shipped other products made to her specifications by sugarmakers. These include maple cream, maple wafers and solid maple sugar cubes, meant to be grated over ice cream, yogurt or popcorn.

The majority of Tonewood's business is online sales to a customer list of up to 6,000 individuals, Ross said. She ran the operation alone, with some help from her family during the busy holiday season.

When the border closed on March 18, Ross decided to suspend all sales because she could not get to her business to pack and ship orders.

"I thought if it was closed for a month, or maybe two, I could manage," she said, noting that the August date is likely to be extended even further.

Ross has not considered moving Tonewood to Canada, she said. "My business model supports small-scale maple," she explained, noting that the Canadian maple industry operates very differently than Vermont's.

Ross has valued her brand at $150,000, based on her investment in marketing and customer relationships, along with a long list of awards and press accolades.

She also created a unique tree adoption program in which, for $175, people can "adopt" a maple tree at one of two Mad River Valley sugaring operations. Tonewood donated a portion of all its sales through 1% for the Planet to climate change research at the University of Vermont Proctor Maple Research Center.
Prev
Next