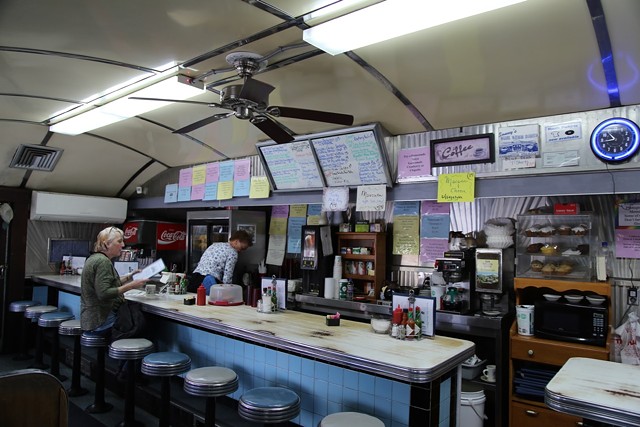 On July 11, after close to 50 years of ownership,  the Monroe family listed Bennington's landmark Sonny's Blue Benn Diner for sale for just under $600,000.


Broker Paul Carroccio of TPW Real Estate's Manchester office said he already has a trio of solid prospects among many calls of interest.

The original 1940s-era Silk City Diner car has operated at 314 North Street  since 1948. Along with classic fare such as hot turkey sandwiches and chocolate cream pie, Sonny Monroe broadened the menu over his tenure to include falafel burgers and legendary "crunchberry" pancakes.

It won the stamp of approval from Americana food experts Jane and Michael Stern of Roadfood fame as "a true-blue hash house."

Blue Benn was featured in Seven Days as one of seven enduring restaurants around the state in an April 2019 cover story. 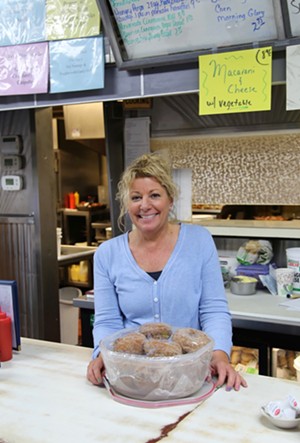 In that story, Lisa LaFlamme, the only child of Sonny and Marylou Monroe, recalled her parents buying the diner on Christmas Eve 1973.  LaFlamme believed her family was the diner's third owner. Though they renamed it Sonny's Blue Benn Diner, everyone kept calling it Blue Benn.

LaFlamme described herself as the on-site owner-manager. Her father, who passed away in December 2019, had been retired for about a decade; her mother was still doing the books. LaFlamme noted that it was a lot of work to keep the diner going.
Prev
Next