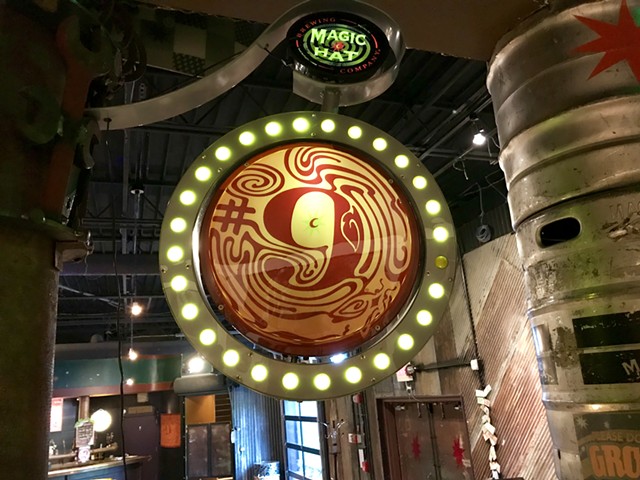 One of Vermont’s oldest craft breweries is leaving the state.

Magic Hat Brewing will shift production from its South Burlington digs to a Rochester, N.Y., brewery owned by its parent company, FIFCO USA. As part of the move, nearby Zero Gravity Craft Brewery will buy Magic Hat’s equipment and take over its leased space on Bartlett Bay Road.

Magic Hat’s 43 brewing and operations employees in Vermont will lose their jobs but will be considered for open positions with Zero Gravity, FIFCO said in a press release Tuesday. The deal is expected to close on July 1.

“With the capabilities and capacity of our new brewery and the evolution of Magic Hat, moving the production to Rochester provided the best long term opportunity,” FIFCO CEO Rich Andrews said in a statement. “We have been brewing a portion of Magic Hat in Rochester for nearly a decade. Having one brewery with new equipment, creates consistent, high quality beer that our Magic Hat consumers have come to expect.”

The move will sever the final Vermont ties to an iconic local business cofounded by entrepreneur Alan Newman in 1994. Magic Hat #9 shot the beer maker to fame, and it earned the title of eighth largest craft brewery in the U.S. in 2011, according to its bio. Its "Artifactory" off Shelburne Road was a zany tour stop for brewheads and helped cement the Burlington area as a beer mecca. The company also hosted an annual Mardi Gras celebration, capped off with a parade in the Queen City.


“Our ties to Burlington made this decision very difficult," Andrews said in the statement. "In the end, this was the best long term opportunity for both us and our friends at Zero Gravity."

Zero Gravity was founded in 2004 and operates a brewpub at American Flatbread in downtown Burlington, along with a taproom and production facility on Pine Street.

“The addition of this new facility will allow us to expand our production without sacrificing the space needed for the creative development and innovation that our brewery is known for,” Matt Wilson, the CEO of Zero Gravity, said in the statement.

North American Breweries purchased Magic Hat in 2010. The company was sold again in 2012 to Florida Ice & Farm Co., a Costa Rican food and beverage company abbreviated as FIFCO. The company is among the top 10 brewers in the U.S. and owns Labatt USA, Genesee Brewing, Portland Brewing Company and Pyramid Brewing Company, FIFCO said in its press release.
Prev
Next