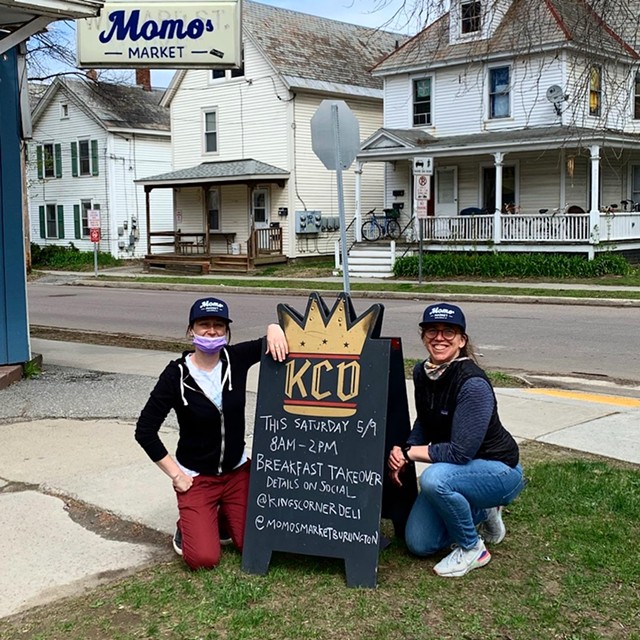 King’s Corner Deli is back — for one day only.

Kat Donahue, the owner of the beloved, now-closed Queen City corner store, will be dishing out her famous breakfast sandwiches from 8 a.m. to 2 p.m. on Saturday, May 9, at Momo’s Market on North Willard Street in Burlington's Old North End.

Donahue came up with the idea for a pop-up event after spotting a homemade sign that said “Things will get better, we’re in this together,” in front of a house near her old shop, which closed in December 2018.

“I just wanted to do something that might make people feel a little more hopeful, inspired and comforted,” Donahue said.

Now working as an autism interventionist in the Howard Center’s Autism Spectrum Program, Donahue contacted Momo’s owner Erin Malone last month to float the idea about a pop-up event. The two women opened their stores within months of each other (Donahue in 2014, Malone in 2015), quickly connected and instantly clicked.

Donahue has a law degree and Malone one in business, so both were overeducated but interested in the community aspect of running a convenience store, Malone recalled.

“It was helpful to talk shop with someone,” she said.

Amid the coronavirus pandemic, Malone’s store is still open, but she’s grabbing groceries and bringing them out curbside to customers rather than letting them inside the building. Because most of her sandwich business relies on commuters, Malone shut down the prepared-food part of her operation in late March as businesses began to shutter.

When Donahue approached her friend about doing a pop-up breakfast event, Malone was all-in. “I was like, ‘Awesome. We have this unused commercial kitchen, beautiful, clean,’” Malone said. “So here we are.”

Most profits from the event will go to Pathways Vermont, a mental health and homeless support organization, while the remainder will go to the Feeding Chittenden food shelf. Those ordering food can add an additional donation, too. 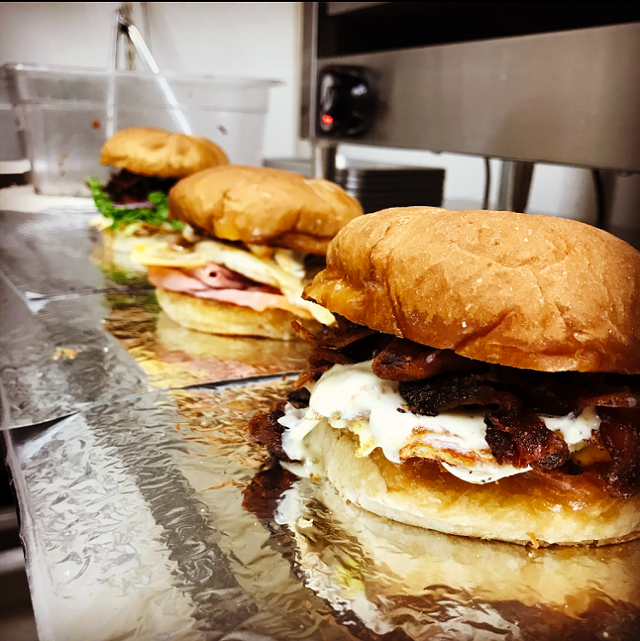 For six hours Saturday, customers can grab some of Donahue’s famous creations, such as the Holy Mole (bacon, lettuce, tomato, guacamole, egg and cheese on a roll) or the Greek (bacon, egg, cheese, feta, tomato and homemade sauce on a roll). Former employee Amelia Dimmer will rejoin Donahue at the grill. All orders must be made online at this link.

Local Favorite Sandwiches Stack Up
By Hannah Palmer Egan
Food + Drink Features
Donahue and Malone will make sure those waiting for sandwiches practice social distancing and wear masks. Time slots for pickup will be spaced out to prevent crowding outside the shop, which is on the corner of North Willard and North streets.

“I think we can do something really fun and be really safe, if everybody just follows the rules,” Donahue said.

Closing her doors after years working long hours with thin margins was a relief at first, Donahue said. She’s since enjoyed reminiscing with former employees and is excited to see some of her customers on Saturday.

If it goes well, could we see a reincarnation of King’s Corner Deli? Donahue wouldn’t say — but she left open the possibility.

“Anything can happen in a business like that because it draws all aspects of the general public, so you just never know what’s going to happen in a given day,” Donahue said. “Now I’m at a place where I’m just embracing all of those wonderful aspects of owning the business and excited to reach out and reconnect with all of the people who supported us.”
Prev
Next