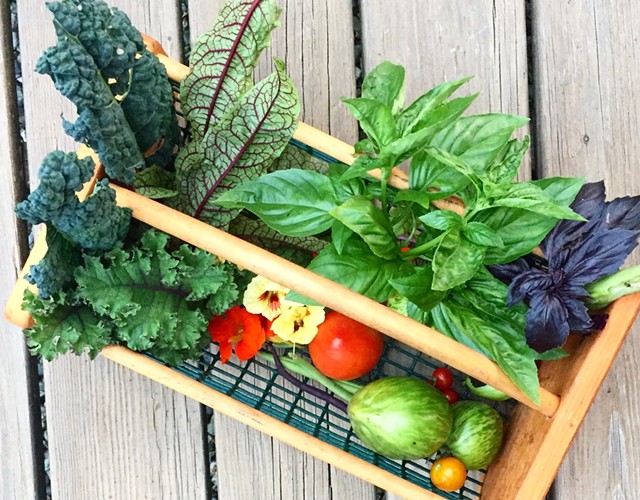 Millions of Americans planted victory gardens at the government's urging during World War II, hoping to provide an abundant source of fresh vegetables during a time of food scarcity. Nearly a third were new gardeners, and the harvests had varying levels of success.

"Many people didn't replant a garden the second year, because they failed in the first year," Gordon Clark told Seven Days. Clark is a University of Vermont Extension master gardener, and he's learning from history to ensure that the coronavirus-era gardening boom sticks around.

Clark is spearheading the statewide Vermont Victory Gardens program, which uses the expertise of master gardeners to help Vermonters impacted by food insecurity grow more of their own food.

"Clearly, a lot of people have had the thought about growing more of their own food. Seeds have been panic-bought almost as much as toilet paper," Clark said. "It's wonderful, but my own personal fear as a longtime gardener is whether all those seeds will be used. And even if they are used, will they be successfully used?"

While Clark says that growing food "isn't rocket science," fruitful gardening does take some knowledge and skill. "Online videos and fact pages are wonderful resources, but I know for myself and for many other people, there's no better source of education than having a human being as a coach, instructor or mentor," he said. 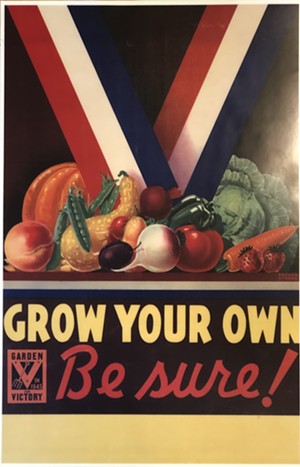 The Vermont Victory Gardens program matches master gardeners up with those looking to grow their own food; the mentorship lasts from planning and planting through harvest.

The program is structured into two levels of gardens, with a third, larger-scale level in the works.

"Community Foodshed Gardens" will be larger, established on site for nonprofit or public entities such as libraries, schools, fire stations or houses of worship. These efforts are meant to produce food for those in the community in need, with the harvest donated and distributed through local food banks.

"If you're a successful gardener, you'll produce more food than you can use," Clark said. "That's part of the spirit of victory gardens: Grow your own to be sure you're going to have enough this winter."

Master gardeners will work as closely and directly with people as social distancing guidelines allow. "Most people intuitively understand that being outside is healthy; being in a garden is healthy," Clark said.

The Vermont Victory Garden project is in startup phase right now, but things are moving quickly to stay in sync with the growing season. Master gardeners and other experienced gardeners who are interested in volunteering as trainers — as well as those looking to set up gardens — are encouraged to email vermontvictorygardens@gmail.com by May 12.

"The old answers are still the correct answers," Clark said. "There are a hundred good reasons for people to grow their own food, and all of those reasons are only reinforced by our current circumstance. I hope that this project, unlike the victory gardens of World War II, is an effort that will just continue to grow."
Prev
Next