Trippy and Drippy: Music by Phish, Dinner by Hen of the Wood | Bite Club

Trippy and Drippy: Music by Phish, Dinner by Hen of the Wood 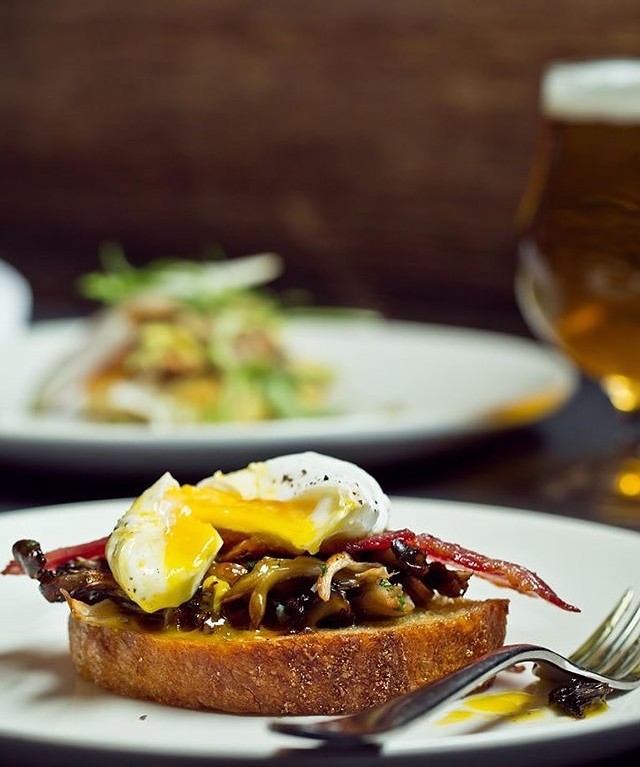 If your last pint of Phish Food disappeared at midnight and you’ve had one too many grilled cheese sandwiches, here’s to hoping you’ve got some mushrooms lying around.

If so, grab some bread, crack an egg and crank up your computer: It’s time to pair trippy Phish with a drippy egg for this week's  installment of “Dinner and a Movie.” The weekly online event, which airs Tuesdays at 8:30 p.m., pairs a live show from the Phish archives with a recipe shared by the band that fans can make themselves — surely, a suitable form of entertainment in the stay-at-home age.
Together apart, people can listen to the same music and eat the same food. In an email to Seven Days, Phish bassist Mike Gordon explained why the band is presenting "Dinner and a Movie."

“Of course many musicians are offering up their talents from home and for people at home right now. As we’re unable to get together, we decided to offer up some of the many shows that we’ve filmed over the years,”  Gordon wrote. “Since I don’t cook myself (as evidenced in my January 2020 Tour Announcement Video)," he continued, "I turned to my favorite local restaurant, Hen of the Wood, for two of their vegetarian recipes!"

Gordon added that each week's concert raises money for different nonprofits. "Dinner and a Movie" raised over $20K for WhyHunger last week. This week’s beneficiary is Meals On Wheels.

“As a reminder, please don’t feel the need to take a special trip to buy groceries to make this, and be smart regarding social distancing and staying at home," Phish advised via social media. "Feel free to post photos of your version of this dish, or share whatever you’re making.”

“Dinner and a Movie,” the series, gets its name from a song on Phish’s 1989 debut album, Junta. In the pre-pandemic era, life was simpler — as the song's lyrics make plain: “Let’s go out to dinner and see a movie.” Repeat four times.

To listen to the concert and find the recipes go to webcast.livephish.com or check out Phish’s Facebook page.
Prev
Next