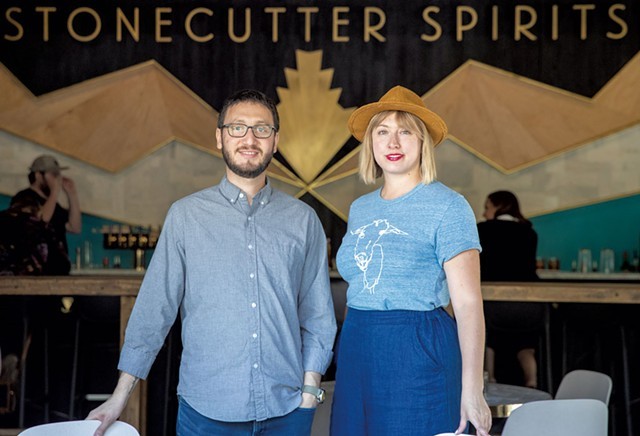 Stonecutter Spirits has announced the closure of the company's Burlington bar Highball Social and its Middlebury tasting room. Both locations will close at the end of 2019.

“We are so grateful for the strong support that our community has shown us since we opened our doors in 2015," the company’s president and cofounder Sas Stewart said in a press release. "We’re proud to be a part of the Vermont ecosystem, and are excited to host fundraisers, collaborations and holiday parties to close out this year. While we’re sad to end this chapter, it’s only fitting to spend this time celebrating the people and products that make Vermont outstanding."

The distillery will continue to sell its award-winning aged gin and whiskeys to liquor stores, bars and restaurants throughout the state into 2020, but has no further plans for production, Stewart told Seven Days.

“The reality we’ve faced is that everywhere you look, craft spirits is an increasingly crowded marketplace," said cofounder and director of operations Sivan Cotel in the press release. "Our reception locally has been incredible, but we’ve never been able to make inroads into other sales areas. Without achieving broader geographic coverage, we just aren’t strong enough to keep operations going.”

Highball Social was Vermont's first permanent bar-restaurant operated by a liquor manufacturer. The modern, playful cocktail bar — known for its themed menus, including a recent homage to Mean Girls — opened in late August 2018 after a yearlong saga with the state Department of Liquor Control and the federal Alcohol and Tobacco Tax and Trade Bureau to determine the proper permitting it needed to operate, Seven Days reported.

Spirits lovers can revel at Highball this Thursday at the bar's Speakeasy Repeal Day party; the distillery will host other events in Burlington and Middlebury throughout December, and will throw its final bash in Middlebury on January 3.