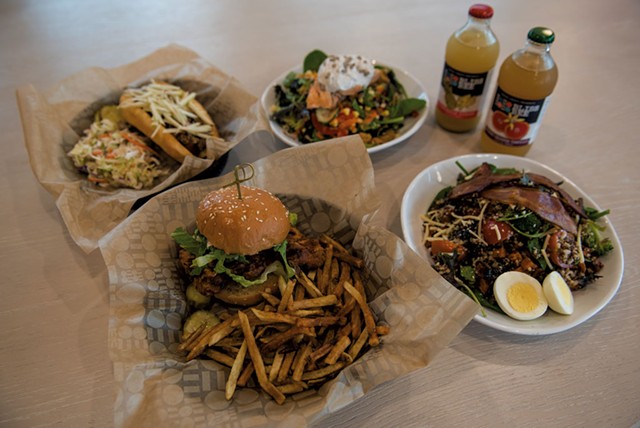 Bliss Bee will open in South Burlington early next week, according to owner Jed Davis, who told Seven Days by email that the restaurant will open Monday or Tuesday.

The fast-casual restaurant at 1185 Shelburne Road is the second Bliss Bee restaurant in Chittenden County; the first one launched in April at Maple Tree Place in Williston.

Like its Williston counterpart, the Bliss Bee in South Burlington will be open seven days a week starting at 11 a.m. An identical menu at the two restaurants offers grain bowls, salads, burgers, hot dogs and chicken sandwiches, with sides such as French fries, cole slaw and chicken nuggets.  Beverages include cocktails and smoothies.

Bliss Bee is a new venture for Davis, whose Farmhouse Group owns and operates five area restaurants.  Davis opened his first restaurant, Farmhouse Tap & Grill, on Bank Street in Burlington in May 2010.
Prev
Next