The Vermont summer is far too short for most of us. Every year, I make an ambitious list of things to do that can only be done during the warm, green and (sometimes) sunny season. But, invariably, I check off only a few items.

This year, I decided to go on record with my food- and drink-related summer bucket list, both here on Bite Club and in audio via our partnership with Vermont Public Radio on VPR Café. I figure this will make me accountable for maximizing the food fun I can squeeze into this summer.

Hope to see you up a mountain before you head to lakeside pizza or the creemee stand, quaffing a cold one after a bike ride, or strolling the grounds of a national historic landmark fueled by an excellent breakfast.

Breakfast on the Farm 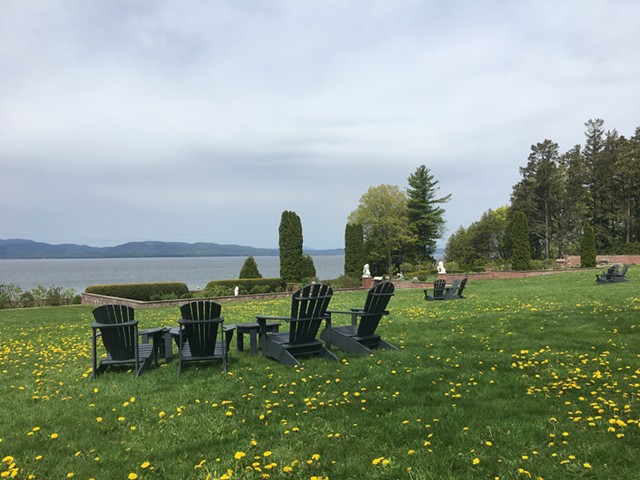 You may know about the farm-to-table dinners served in the elegant, marble-floored dining room of the restored 19th-century country home of Dr. William Seward and Lila Vanderbilt Webb. But breakfast there is a lesser-known (and more affordable) delight.

Indulge in creative, nourishing dishes such as steel-cut oat “risotto” with bacon and seasonal farm-grown produce such as spinach, spring onions and shiitake mushrooms. The lily is gilded with the farm’s own cheddar and a poached egg. Then take a lakeside stroll around the gardens and grounds of the National Historic Landmark property that is both a working farm and a sustainability education nonprofit.

For more ways to eat farm-fresh this summer, check out "Seven Vermont Destinations for Eating on the Farm."

Take a hike … in the Mad River Valley (check out some of the options listed here) or up Elmore Mountain’s Fire Tower Trail. Then reward yourself for all that hard work. 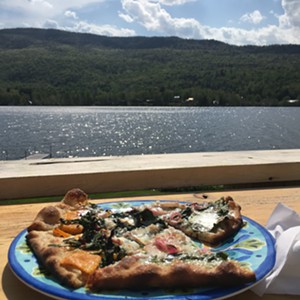 Canteen Creemee has arguably (no argument from me) the best fried chicken and wildly creative creemee sundaes around. Order extra corn pudding with your chicken and try the Bad Larry quintuple maple threat: creemee, crystals, drizzle, cookie and floss, all made with Vermont’s trademark sweet stuff.

The pizza at Fire Tower is a delicious partnership between chef Jimmy Kalp and Elmore Mountain Bread, which provides the naturally leavened pizza dough made with freshly milled flour. Sit on the back deck overlooking the lake while chewing through pies topped with seasonal, locally sourced ingredients such as a combo of spinach, cherry tomatoes, garlic scapes, fresh mozzarella and basil.

If biking is more your speed, pedal the portion of the Lamoille Valley Rail Trail that conveniently winds past Morrisville’s Lost Nation Brewing. There, you can grab a beer and top-notch fare, much of it house-smoked, such as a smoked-shrimp cocktail or a smoked and shaved barbecue-sauced pork sandwich.


To Market, to Market

NOFA-VT provides a searchable list of all the farmers markets in the state. 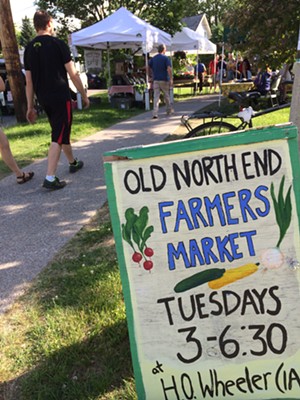 Even after more than two decades of visiting farmers markets in Vermont, I’m constantly impressed by the creativity of the state’s food and drink producers on display. While the largest markets, such as those in Burlington and Montpelier, are always chock-full of deliciousness, I love to hit a few of the smaller ones, too; they are more approachable and often take place on a different day of the week from the big ones.

I have several Vermont road trips on my bucket list this summer, but Brattleboro promises a unique trifecta: the South Indian crêpes called dosas, cheddar cheese tasting and the chance to do goat yoga. 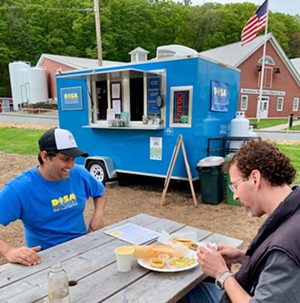 The Dosa Kitchen food truck parks outside Retreat Farm from May to October offering up its global menu of crispy, tangy dosas. They encase traditional spiced mashed potatoes or come fusion-style, wrapped around local hot dogs with housemade mustard, sauerkraut and Grafton cheddar. Right next door is Grafton’s specialty cheese shop and one of its production facilities, which offers tastings and weekday viewing of the cheddar-making process.

Retreat Farm is a nonprofit with a 30-acre home parcel offering nine miles of trails and a barn where you can visit pigs, sheep, goats, rabbits and Carlos the ox. Workshops and other events include the opportunity to do yoga outdoors on the grass with small, friendly goats. Yes, it’s a thing.
Prev
Next