Dining on a Dime Restaurant News

Dining on a Dime: Berda's Restaurant 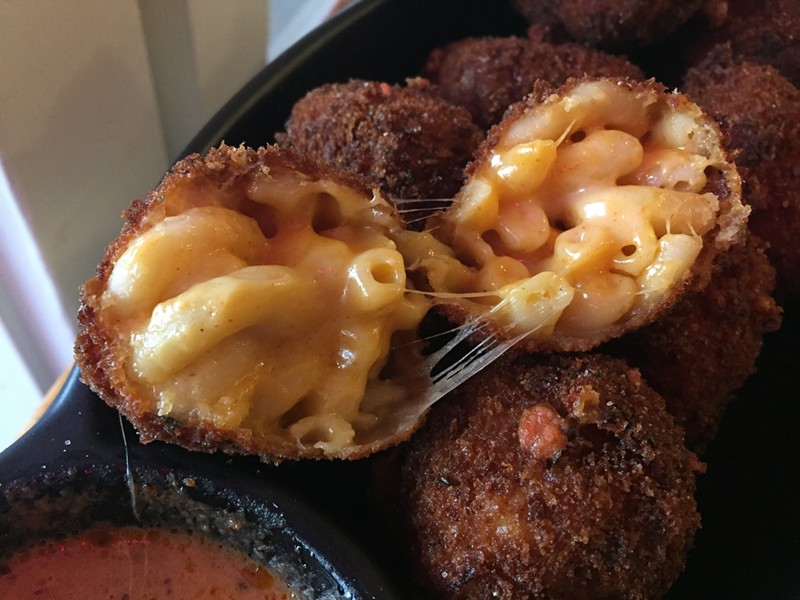 I like to pooh-pooh comfort food. "It's overdone," I'll often say. Or, "If I have to find a way to write about another plate of poutine or mac and cheese, I'm going to vomit all over my keyboard." Yes, poor me, I know.

Food-writer fatigue notwithstanding, comfort food is comforting for a reason. And since I'm a good, flag-waving American, I do keep a special place in my heart for well-done burgers and mac.

Case in point: Co-owners and cooks Shaun Trepanier and Cory Charles opened Berda's Restaurant in a storefront at the Essex Shoppes & Cinema in late December. The spot is an outgrowth of Berda's Roadside Eatery, where Charles slung local-beef burgers, dogs and duck-fat fries from a food truck in Essex Junction for the past three summers.

Last fall, Trepanier and Charles — both Essex Junction natives — found a hungry audience at the Champlain Valley Exposition. Using the fair proceeds as seed money, they decided to establish a permanent kitchen. Though the outlet shops, which have seen flagging revenues in recent years, might seem like an unlikely site, Trepanier said changes in the area made moving there a no-brainer.

"It's a really exciting place to be right now," he said via phone on Thursday.

Trepanier couldn't offer details on the upcoming developments. Last August, according to media reports, Essex Shoppes owner Peter Edelman had floated a proposal to redevelop the site with a mix of residential and commercial spaces. However, word has been mostly mum since then.

Regardless of what the future holds, Berda's owners plan to stick around for the long run. Much of their menu is burgers (from the grass-fed cows at local farms). Fried snacks include golf-ball-size mac-and-cheese croquettes; hand-cut and battered onion rings; steak-and-cheese sandwiches, with cheddar, caramelized onions and housemade barbecue sauce; and "boats" of fries loaded with maple-glazed bacon, cheddar and eggs, or steak-and-cheese fixings.

Oh, and two salads are on offer: shaved-steak Caesar (bonus points for noting the cut of meat: top round), and a "Farmhouse" option with romaine, walnuts and dried cranberries.

Beer and wine are coming soon, Trepanier said, once a liquor license is approved. 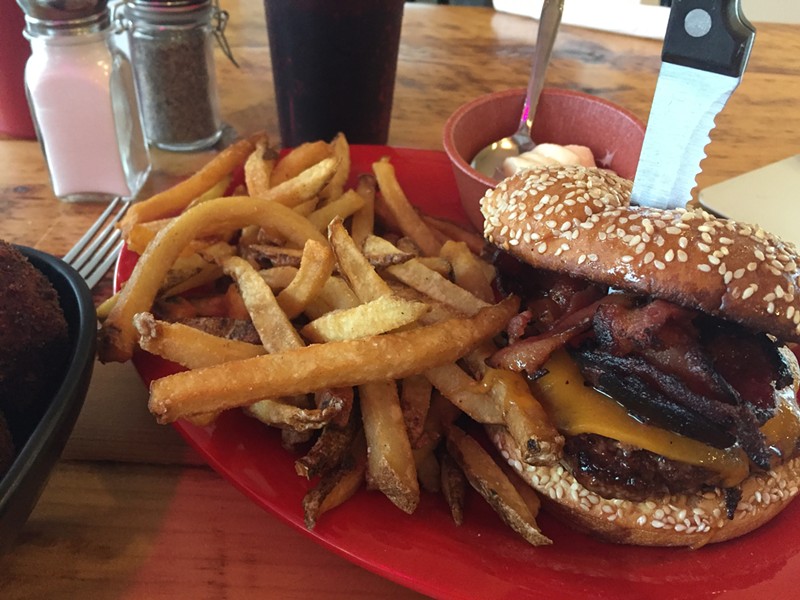 About those burgers: Each specialty sandwich is built around a four-ounce patty, and a lot of them reflect a "more is more" ethos in the kitchen. For example, the mac-and-cheese burger is topped with seared, cheesy mac and bacon. That's not to be confused with the mac burger, shrouded in cheese sauce, or the queso burger, awash in molten Tex-Mex slurry.

Then there's the 10-ounce Berda burger, with cream cheese, bacon, maple caramelized jalapeños and barbecue sauce. When it comes to calorie accumulation, the place pulls no punches.

For me, a bacon cheeseburger seemed like plenty.  The "Sticky Icky" burger ($8.49), with bacon "dunked in maple syrup and piled high"and cheddar, was seared just right —  a little pink in the middle, very juicy — and slapped into a soft,  griddled sesame-seed bun. And the duck-fat fries ($4) are pretty much the Platonic ideal of what a French fry should be: skins on, hand cut, crackly and salted just enough.

The mac-and-cheese croquettes ($9 for eight) cracked open to reveal melty strands of mild cheddar binding elbow macaroni in a gooey matrix.  The accompanying tomato bisque was an added perk; I might have ordered a full bowl had it been available.

With rain beating down outside on Wednesday afternoon, jugs of sunflower oil propped open the restaurant doors, sending a cool breeze through the restaurant. A few families and workers from nearby businesses tucked into lunch. Despite the nondescript surroundings, success seemed all but inevitable. If Sukho Thai and Sweet Clover Market can make it here, this writer can see no reason why Berda's shouldn't.