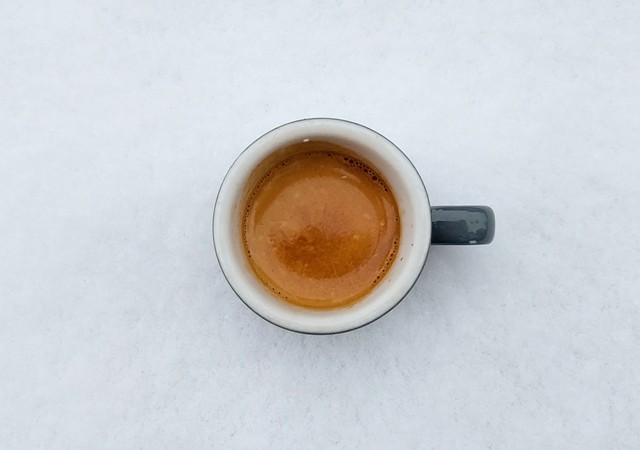 Last year, Jason Gonzalez of Burlington's Onyx Tonics Specialty Coffee offered a one-time coffee tasting, with the goal of sharing information about the differences between beans from different parts of the world. The class was a hit, and this year, he's offering a whole series. The sessions will occur on the second Tuesday of each month.

On Tuesday, February 13, at 5:30 p.m., the series kicks off with an hourlong exploration aimed at introducing tasters to the various coffee growing regions. Between sips, Gonzalez will share information about the flavors one might expect to find in the assorted coffees, but also about how some beans break all the rules.

How will it work? "We're going to brew six or eight coffees," he explained. "We'll talk about each one, and we'll all taste together." It will be, he noted, a lot like a wine tasting. Beans will come from Vivid Coffee Roasters in Winooski, Brio Coffeeworks in Burlington, and George Howell Coffee in Massachusetts.

Although the monthly classes will be "lightly progressive," he said, you don't need to make a commitment. If you do come to all of them, he suggested, "it would be a nice way to progress [in knowledge] and  taste a lot of coffee."

As Gonzalez points out, it's hard to compare flavor when you don't taste things side by side. And few people buy multiple cups of coffee at once in order to get more savvy. "Trying them one at a time, it's hard to get your head around it," he said.