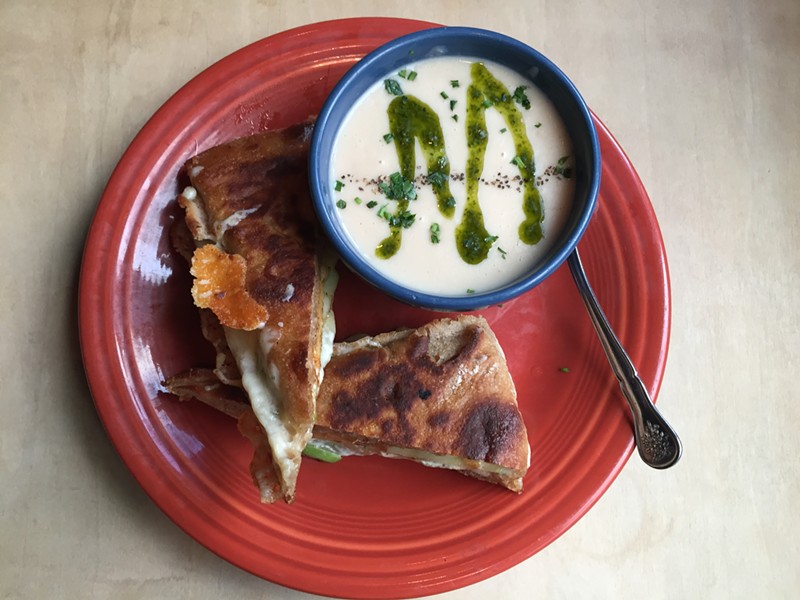 Probably no meal is better suited to this time of year in Vermont than a grilled cheese sandwich and a bowl of soup. This pair is beautifully made and presented — for $10 — at Lost Nation Brewing in Morrisville.

I stopped in on a sleet-spattered afternoon during the lull between lunch and the end of the work day. The taproom was warm and welcoming, but looking out the window at the bare hardwoods and high evergreens, I could feel the approach of winter.

Beyond the trees is the Lamoille Valley Rail Trail,  a bikeway and footpath that makes Lost Nation a prime beer-and-recreation destination in warm weather. In the summer, the kitchen serves burgers (bloody or burnt), barbecue and grilled hot dogs to diners at long picnic tables that are often full.

But sitting alone in the brewery with a book, a beer and a grilled cheese sandwich on a gray day is equally appealing.

"You doin' good?" the server asked me a couple of times, just making sure.

The soup that day was white bean with roasted garlic, a rich and hearty purée drizzled with pesto.  The grilled cheese is a gourmet-ish version consisting of cheddar and blue cheeses, dressed up with thin apple slices and horseradish. 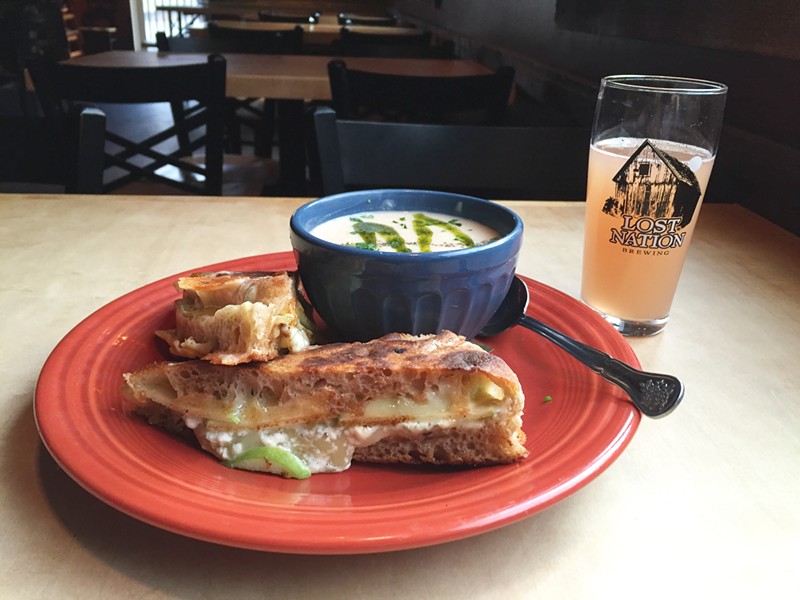 The sandwich comes on focaccia made at Elmore Mountain Bread in nearby Elmore. Its big, triangular wedges were grilled to perfection, the cheese melty and oozing from the bread.  Like a homemade grilled cheese at its best, my Lost Nation sandwich had splatters of fried cheese adhered to the outside of the bread.

As I dined, I read the last pages of Howard Frank Mosher's posthumous book, Points North. The forthcoming collection of stories is set in his fictional Kingdom County — practically a lost nation itself.