Update November 11: Hong's is open again after closing temporarily on November 2. The dumpling shop on Pearl Street is open Wednesday through Sunday.

The restaurant needs to address several issues associated with its opening, including a faulty payment system, owner Hong Yu said, with her husband serving as a translator. The restaurant plans to install a new system.

Hong's closed Thursday and expects to reopen on November 8 or  9, according to Yu. "We made the decision that we weren't ready to open, but we will be open very shortly," she said, through her husband. 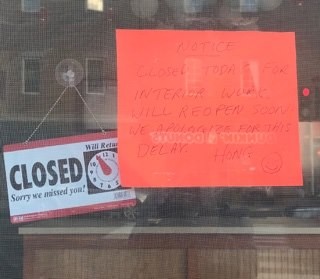 Before opening her dumpling shop in a downtown storefront, Yu operated a cart on Church Street for 17 years.