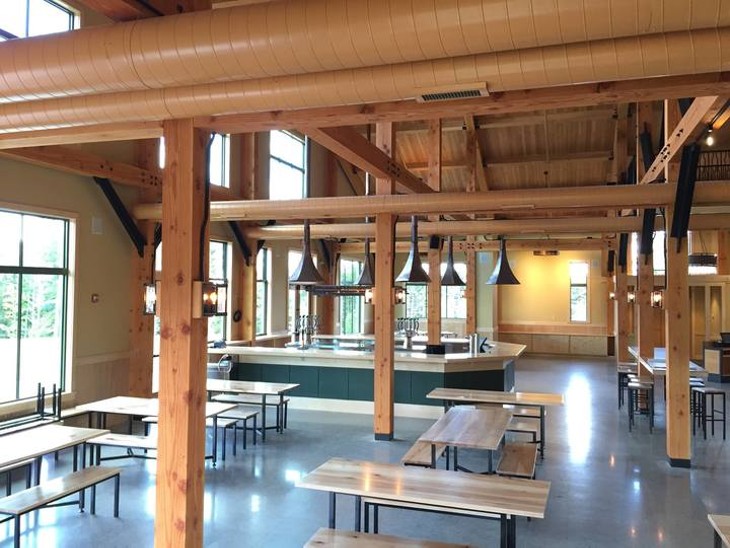 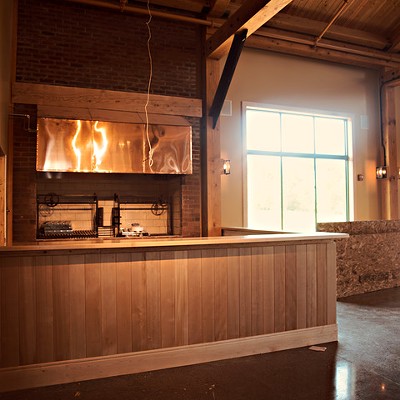 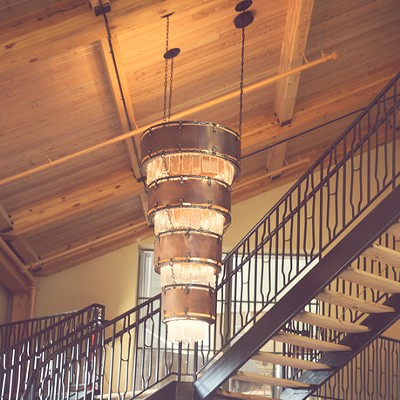 Inside the von Trapps' Brand New Bierhall
Click to View 5 slides
Ten years ago, the Trapp Family Lodge was a stodgy resort for tourists seeking an Alpine escape. In 2010, the family started brewing lager on the premises; by 2014, that operation had expanded its capacity from 2,000 to 50,000 barrels per year. And two years ago, executive vice president Sam von Trapp told Seven Days that workers had broken ground on a new Austrian-style bierhall, which would welcome mountain revelers for steins and sausages, hopefully by summer, 2015.

As with most construction projects, things didn't go according to plan. But after nearly two years of building and preparation, the bierhall opens tomorrow with an all-star team.

The menu offers exactly the kind of food one might expect from an Austrian beer hall in central Vermont. Snacks such as pretzels, cheddar-beer soup and savory dips whet a palate for sausages including bratwurst, knockwurst and bockwurst. These can be paired with potato salad, sauerkraut and an array of mustards. “We’re calling it a ‘relatively authentic Austrian bierhall menu,’” Pickett said, adding that he’s firing meats and fish on an Argentine wood grill. The menu also includes seasonal salads and fried vegetables along with burgers and sliders, which are pressed with grassfed or von Trapp farm-raised beef.

All beverages, including Austrian wines, local root beers and kombucha, and lagers fermented in the adjacent von Trapp Brewery flow from cooler to glass on draft. The opening beer list includes Helles, Vienna, Dunkel and Pilsner lagers, plus a seasonal imperial pale lager and Oktoberfest, all available in pints and flights.

All of that is fine and good, but von Trapp and Pickett seemed most excited about the space itself. “It’s a really spectacular building, ” von Trapp said, adding that an observation deck offers an impressive fishbowl view into the brewery.

The chef agreed: "This isn’t my first rodeo," he said, "but you walk in to this space and you’re just blown away, and then you can look out and see nothing but mountains. It's just …  you have to see it to believe it.”

After a three-day soft opening starting Wednesday, September 15, a daylong Oktoberfest will celebrate the restaurant’s grand opening with live music, buffet lunch and dinner, and plenty of beer for everyone.