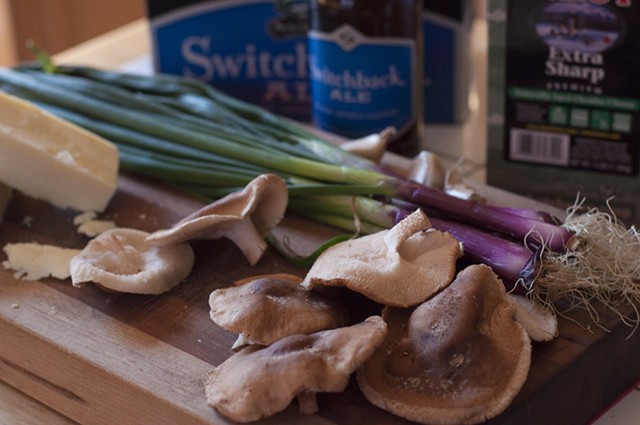 They say April is the cruelest month. I never really understood what that meant until this year.

After a notably mild winter, I'd hoped that the unusual warm weather would continue through spring, so I could start early on all my big crazy garden projects. But Mother Nature had other plans, as she often does. The ground is still frozen solid, and it's snowed — or sleeted or ice-rained — for eight of the past 10 days.  Suffice to say, things don't seem all that springy.

One bright side to this grim-reaper weather? It's still soup season!

I had a fridge full of beer and cheeses and winter veggies. I figured I'd add a few fresh treats, like some spry green onions I picked up at Dutton Berry Farm's West Brattleboro farmstand last week.

Those added zip to a classic cheddar-ale soup, which I made with Cabot cheddar, Switchback ale and crispy shiitakes from AH Mushroom.

And guess what? It takes all of 25 minutes to make, and it'll keep you warm until the sun decides to shine again. 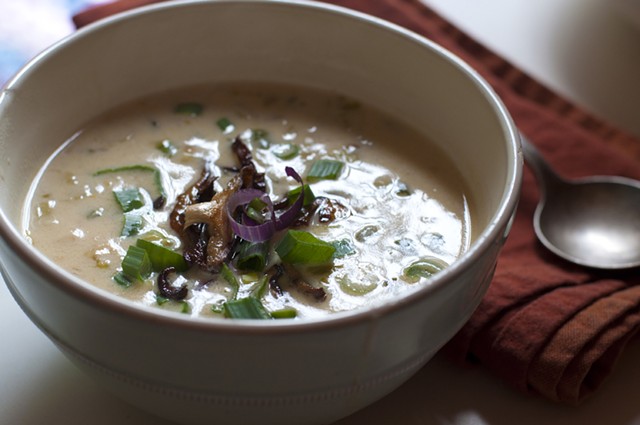