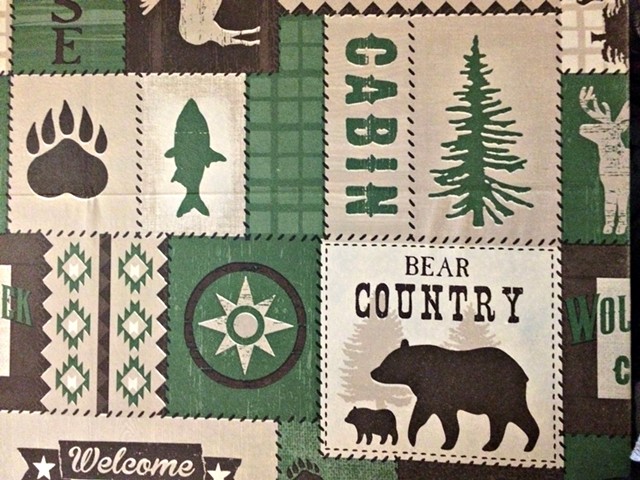 How salt-of-the-earth is Milton's newest eatery, North Country Saloon? You actually have to drive through a trailer park to get to the parking lot. The ambience is something like this:

Chances are, many of your fellow diners will be attired in camouflage, as they were when I dined there Saturday night. You'd be forgiven for assuming that North Country Saloon is also the kind of place where food travels from factory to plastic bag to fryer before hitting your table. But you'd be wrong.

Chef Corey Bolton makes no unflattering assumptions about the sophistication of his clientele. Sure, there are nods to the usual pub grub of mozzarella sticks and boneless wings, yet even those are made from scratch.

But clearly, Bolton is having more fun than just sticking to the basics. When's the last time you paired a game of darts with a dish of apple-and-mushroom-filled pork potstickers? The leathery-skinned dumplings were so juicy, they approached soup-dumpling territory, spilling porky essence all over the pan in which they were served.

The apple and mushroom were largely overpowered by more typically Asian ginger and soy, meaning the flavor was not as sweet and earthy as advertised, but there was absolutely nothing wrong with those dumplings, especially when dipped in the tangy accompanying sauce.

I've registered far more complaints about restaurant mac-and-cheese iterations than praised them. But I will sing full-throated hosannas for the North Country version. Nary a clump of roux or unblended curd marred the satin texture of the thick sauce, flavored not just with cheddar but with pungent Brie.

Buttery, herbed crumbs on top blended with each stratum of the pasta as my fork penetrated to the bottom layer. Even as other dishes arrived, I continued to graze on the mac, eventually finishing it single-handedly. I felt like I had a Christmas cheese ball in my stomach for the rest of the night, but at the time it was worth it. 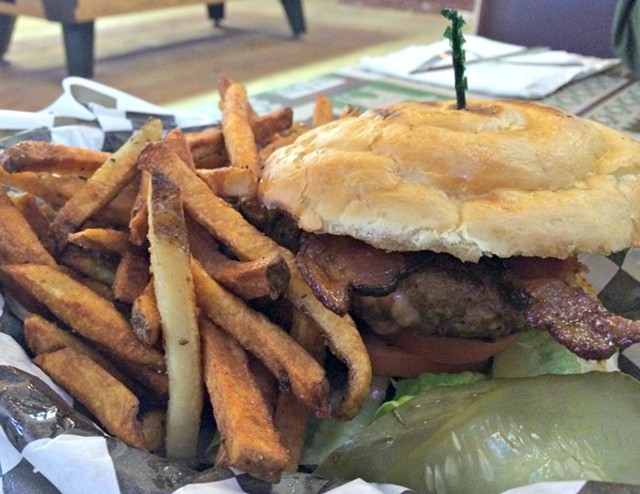 While Brie defined the mac, smoked Gouda lent an unexpected sophistication to the North Country Burger. Packed Juicy Lucy-style into the center of the seasoned beef, the smoky nip of the cheese oozed forth into each bite. Crisp bacon and big, fresh leaves of romaine brought a satisfying crunch to the chewy bun.

It was a laudable burger, marred by flaccid fries. Proper blanching would have made all the difference. I would say that next time I'd order a side of veggies instead, but when I tried to do so on Saturday, my otherwise helpful server told me the kitchen didn't have any. I pressed no further and ate an apple at home later.

She was also the one who recommended that I order the chicken tenders rather than house-smoked pulled-pork sandwich. That might not have been the right decision. Though the chicken shared billing with buttermilk, I find it hard to believe that the meat spent any significant time in liquid before cooking. The large tenders were dusty dry within their liberally salted breading. That too, had the light taste of char that signaled overcooking.

The tenders were so visually appealing, it was a pity. At least the faintly sweet onion rings and barbecue dipping sauce cut through the aridity.

Though the meal ended on a disappointing note, the fare at North Country Saloon still was a pleasant surprise. In a state full of upscale pub food, it's not slumming to eat at a spot that does the real, downscale deal uncommonly well.