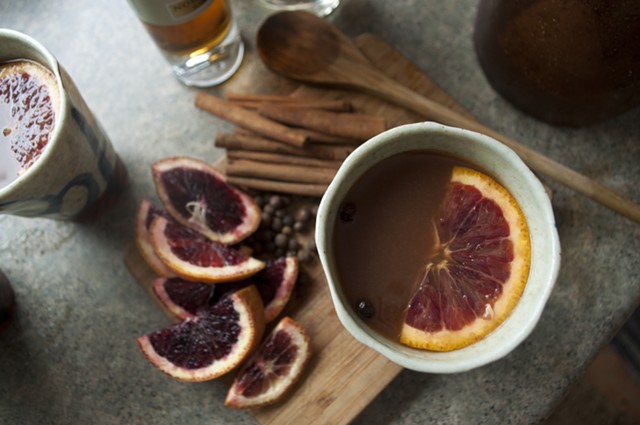 Have I mentioned how much I totally adore Dunc's Mill elderflower rum? Well, if I haven't, I am now. It's great stuff, and adds a gentle floral note to whatever you use it in without imparting any extra sweetness.

Here it is, pollinating a spicy cup of hot cider on a Tuesday afternoon. Why? You know why.