Seven Best Spots to Ring in the Lunar New Year

February 20, 2015
Because of linguistic differences among East Asian countries, there's some debate regarding whether this is the year of the goat or the sheep. Either way, it's expected to be an auspicious year, prosperous and full of new beginnings. But all this talk of Asian celebration just makes us wish we were full of food.

There's not much we can predict about this new year, but we can share some of our favorite Asian dishes. If all goes as we predict, we'll be putting the fat back into "gung hay fat choy." 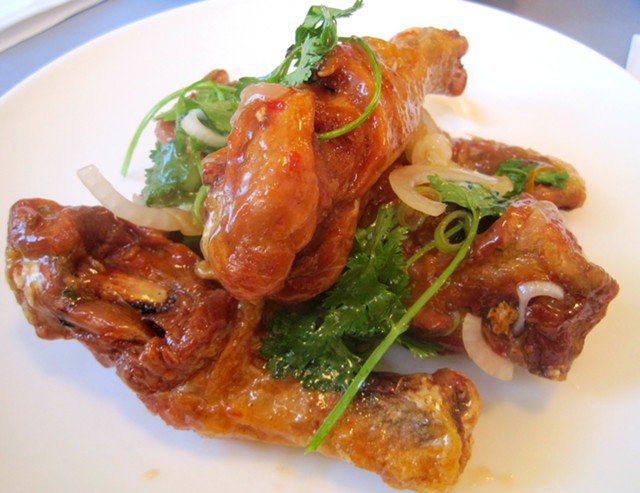 Most people I talk to discuss Dharshan Namaste as if it's a Vietnamese restaurant. Yes, co-owner Thanh Pham is Vietnamese. But his wife and business partner, Bishnu Gurung, is from Nepal. Their restaurant is a fusion like no other. And the couple's most beautiful love child is doubtless their one-of-a-kind take on the chicken wing.

The wings are available in sweet-and-sour or hot-and-spicy versions; their unifying factors are other-worldly crisp skin, a shower of cilantro and about as much flavor as one mouth can handle. The best part is that a plate clocks in at $4.75, leaving plenty of extra change for Vietnamese bun or Nepali chow mein.—A.L.

Michiko Yoshida-Hunter's family has been broiling eel for a living since 1879. Emperors Yoshihito and Hirohito both called the family's Honshu restaurant a favorite. Diners visiting the Old Town Farm in Chester can taste the same thing at ToKai-Tei without grueling air travel.

The multistep preparation process results in a length of fish that's moist and fatty inside. The crisp exterior is sweetened with a reddish soy-based sauce. Paired with a selection of homemade pickles and other Japanese veggie preparations, the dish is almost as healthy as it is tantalizing. — A.L.

The only page you need to look at on the menu at Zen Gardens is the last one. There lie the traditional Chinese specialties. Dishes include shredded jellyfish in garlic sauce, rice cake stir fries and homestyle pork chops. They're all excellent. But the basil chicken in hot pot is a Taiwanese treasure.

Despite what the name suggests, it's not a brothy hot pot. The dish is actually three cup chicken, served in a sizzling bowl. Each bite of the meal traditionally known as san bei ji is its own experience. One mouthful might include some basil and a whole garlic clove. Another will be lightly crisped chicken with spicy ginger. But it will all be glorious.  — A.L.

Bone broth is all the rage right now. But it doesn't have to be limited to a plain mug of stock. My bone broth diet would be centered on the pho at the latest iteration of Phuong Lam's North Avenue Vietnamese restaurant, Pho Nguyen.

The broth is sweet from low, slow brewing. Star anise and cinnamon make key appearances, but never overpower the beef and cilantro. When snow falls with the New Year, there are few better ways to warm up to the months to come. —A.L. 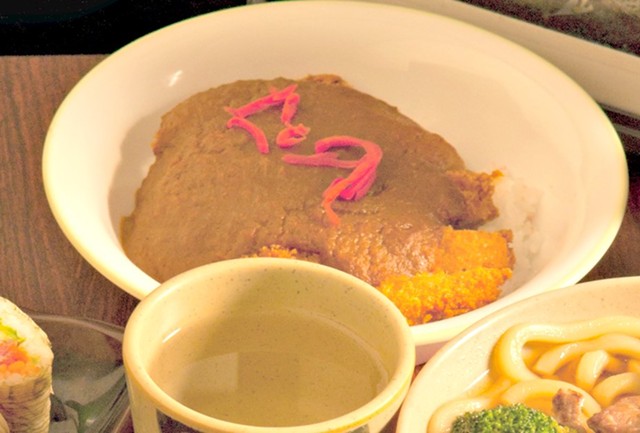 The word of the day is "yōshoku." It refers to the western-style food that has developed since Japan opened up to European and American influences in the 1850s. And if you're not familiar with yōshoku food, you should be.

The home-style fare is among the most comforting you'll find. Think Japanese-inflected takes on spaghetti, omelettes and Salisbury steak. But nothing will make you feel as warm and fuzzy as a tonkatsu in curry sauce. Japanese curry more closely resembles American gravy with a curry flavor than it does any Indian stew.

Basically, the dish is a crisp, deep-fried pork chop in creamy sauce — with a kick that includes a pile of pickled ginger on top. At Sushido, you'll linger with a Ramuné soda as you watch Japanese game shows, scooping up the last grains of rice that have soaked up the aromatic sauce. — A.L. 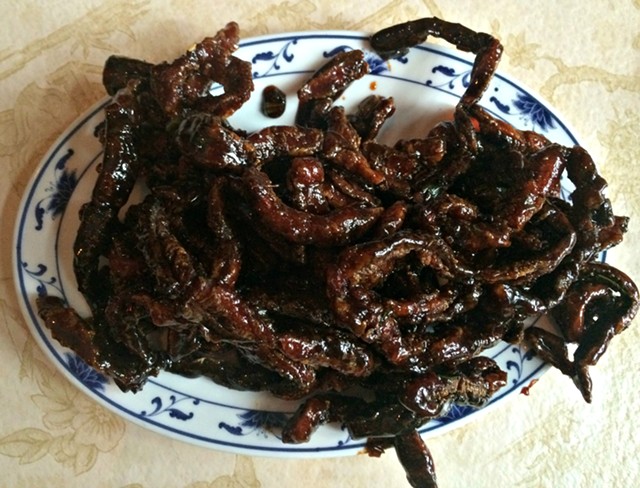 A good cut of eel, well prepared, is a soft, melt-in-your mouth delight with a delicate crisp at the edges. It should fall apart with a firm swish of the tongue — if you have to work at chewing it, perhaps it's better to spit it out. What's more, the fish's flavor is largely a mystery. It's subtle, that's for sure, sometimes creamy, and a bit earthy. But mostly it's sweet, because the eel is invariably glazed in a rich, soy-based sauce that's loaded with sugar and, usually, a splash of mirin, sake or some other wine.

A Single Pebble's mock eel — fried, glazed strips of shiitake mushroom, served in a heaping portion that makes a solid app for four — takes the eel's best qualities and ratchets them up a notch. The mushroom version layers textures: first smooth, from that rich eel-sauce glaze; then crispy, since the mushrooms are flash-fried. Once you crack through the outer layer, the shiitakes unleash their inner chewiness, and with every toothsome bite, release a bit more umami-soaked, earthy sweetness. —H.P.E.

When Ping Wang moved to Vermont in 2012, she couldn't find anywhere serving the kind of peppery, belly-burning Sichuan food she craved from her native Chongqing. Before long, she'd taken matters into her own hands and opened Green Mountain Chinese in the clubhouse of the White River Golf Club, where she and her husband live, in Rochester.

All of her food is outrageously awesome. Go there and order anything — perhaps plump pork dumplings bobbing in a light soup with chile-spiked oil and cilantro; or long, tender skewers of sesame beef — and you won't regret a single calorie. But, whatever you do, don't miss the chow mein. Wang herself hand rolls the noodles daily. Stir-fried with crisp shredded veggies in a salty-sweet, tongue-tickling sauce, they're a worth the trip. — H.P.E.

'Seven Best' is a monthly series in which Seven Days food writers Alice Levitt and Hannah Palmer Egan sing the praises of their favorite examples of a particular dining category.