The 2014 Vermont Brew Bracket Is Open! 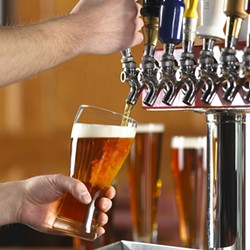 These are some of the miniature dramas that may play out during the third annual Seven Days Vermont Brew Bracket, which went live today. This "road to the final pour" pits 64 Vermont beers against each other, following some of the same complex bracket math used in the NCAA.

(And with a new brewery opening seemingly every week, we employed these basic rules: To be included, a brewery needs to be six months or older, and each qualifying brew should have been available to the public for at least three months.)

The first round of voting will last until Friday and can be found here. You'll need to sign in to participate. Just be sure to click on (and vote in) all four regions — Northwest, Southwest, Northeast and Southeast.